You may recall that I sent out a newsletter recently about creating simple websites which you can sell for profit. Well I decided to share with you a few more examples of websites which are easy to build, are relatively young and have been sold for thousands of pounds.

All the skills you need to build a simple website like these are taught within the members area of the Viral Code. Using WordPress websites can be built with ease and grown for pennies.

Unlike a real bricks and mortar business a website based business can cost very little to start. For less than £200 you can have a website online for 2 years. You can work on that website, grow it and start generating money back from it often at no extra cost. You will need to invest some time into it but there doesn’t need to be any more financial investment unless…

Now imagine trying to set up a shop or a restaurant on the high street. You will need premises, stock, maybe staff, rent, rates and utility costs.

An offline business can cost tens of thousands maybe hundreds of thousands of pounds to set up. It is very unlikely that you will be making any profit in the first 2 years yet compare that to the website which can be live online for 2 years for less than £200.

Take a look at these examples: 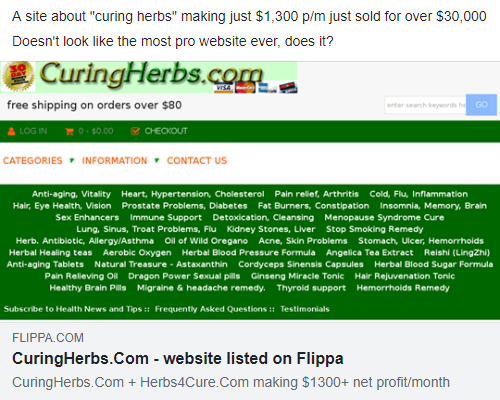 The CuringHerbs website sold for a $30,000 and it is a website about herbs which can cure specific ailments.

Who knew that curing herbs could be so profitable… I certainly didn’t.

Makes you wonder what other niches can be profitable.

What is really inspiring is that the website is awful, it looks like something that was made in the days of dial up internet connection back in the late 1990s!

One thing I have come to understand with the internet with it being global is that basically anything and everything can be profitable online.

With over 7 billion people living on planet earth, many of them having access to the internet in one shape or form and many millions if not billions of those people being able to speak English you have an incredible opportunity to reach a global market which wasn’t available  a few years ago.

While we are on the subject of speaking English our next example is a website called Phrasemix. 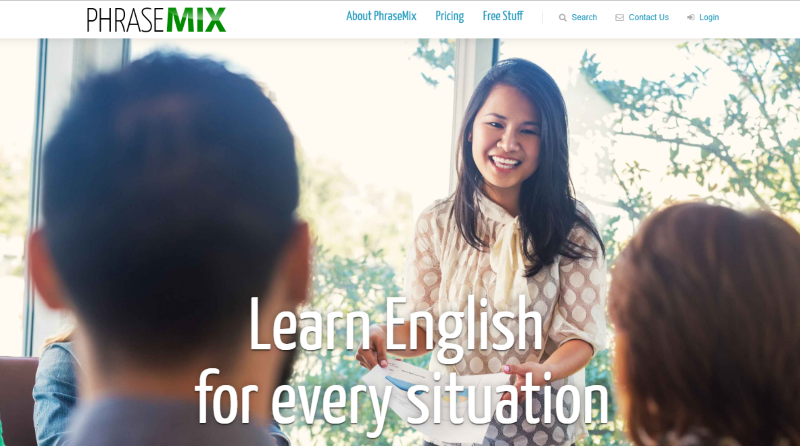 Phrasemix is a website teaching non native English speaking people how to speak casual and everyday conversational English. It was generating over $3,000 a month income from over half a million monthly hits and was sold for over $90,000.

The old rule of thumb was that a website was valued at two years of its average monthly earnings so 24 times $3,000 would make Phrasemix worth $72,000. I don’t know if that ruling applies today as I believe a website’s value is also determined by its potential and what an individual can see in it.

In the case of Phrasemix it was generating a good monthly income and it had a lot of visitors each month giving it a lot of value to a company which sold English language programmes.

Just as a property is worth as much as a person is prepared to pay for it a website is also subjective with websites selling for more than what its base value would be as seen in the next example. 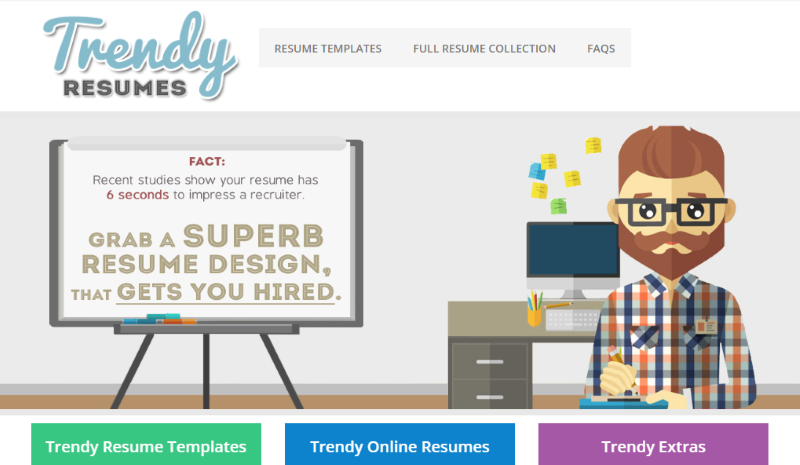 I don’t know about you but I wouldn’t have thought that there was a lot of money in resumes but what do I know? Just because I don’t find something interesting doesn’t mean there is no value in it.

What is also impressive is this website was another young website being only 2 years old. Many websites sold on Flippa for a profit are around 2 years old. Remember what I said earlier about offline businesses not making money for the first 2 years?

Many websites can be sold for a nice tidy profit before an offline business is getting close.

Last one for today… 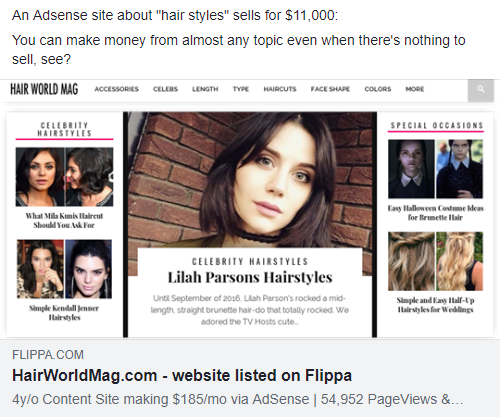 This is a website which sells nothing. It is loaded with pictures and info about hairstyles which have been sourced from around the web. Non of the celebrity pictures were taken by the website’s owners.

You could say that they were actually stolen and that this website full of stolen pictures recently sold for $11,000. It is 4 years old and was only making $185 a month from Google AdSense.

The monthly earnings maybe low but the site itself was probably costing no more than $100 for the year meaning that it was earning back nearly 12 times its investment. You don’t often get returns like that with offline property.

The work involved running a website like this is a lot less labour intensive than running a property. It can be done on a laptop on your knee while sat on the sofa in front of the television.